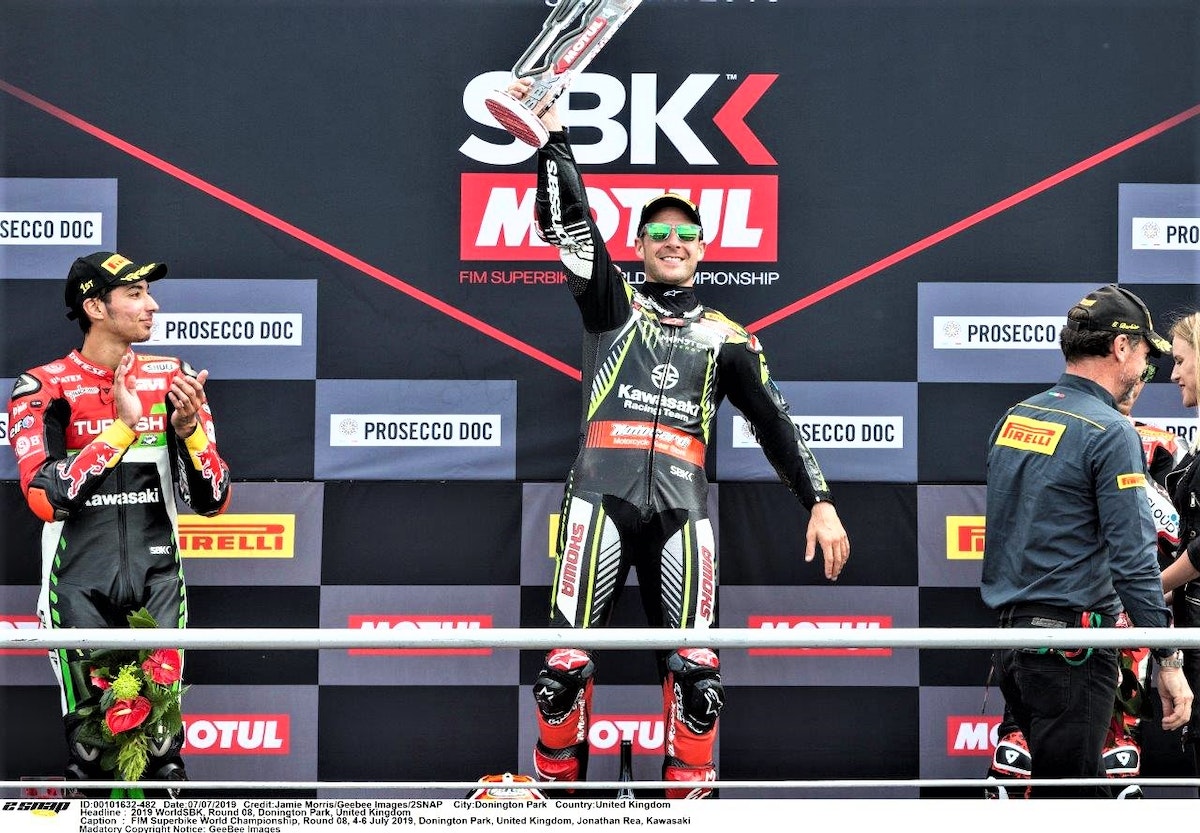 WSBK Round 8 Donington disbelief for Rea as he takes championship lead with a 24-point advantage - after being 61 points down just 8 races ago.

It has been a roller-coaster season in WorldSBK and there has been yet another twist in the tale of 2019 this past weekend at the British circuit of Donington, as Jonathan Rea takes the championship lead for the first time. A win in race one propelled the four-time WorldSBK champion to the head of the standings, as he capitalized fully on the crash of Alvaro Bautista (ARUBA.IT Racing – Ducati). Backed up with wins in the Tissot Superpole Race and in race two, Jonathan Rea sees himself back in the lead of the championship. 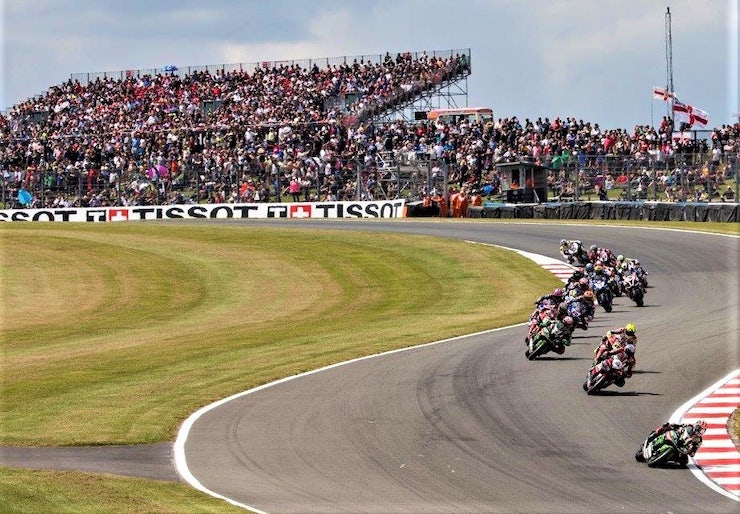 Race two started well for Rea, as he launched off pole position and led the field on the run through the opening lap. However, it was not an easy win, as Toprak Razgatlioglu (Turkish Puccetti Racing) raced through on Rea at turn 11. The two then had a race-long tussle, before Rea took the lead in the second half of the race.

Seeing home Razgatlioglu, Rea took an incredible 78th win of his career to reignite the hopes of the entirety of the Northern Ireland and the rest of Great Britain to take the lead of the championship before heading to the USA next weekend.

Speaking after the race, Rea described the feeling of being back at the head of the standings: “It is incredible! A similar story to Misano in race two with Toprak; he was so strong on the brakes. My team gave me a great bike, physically this weekend I felt really good and I was able to extract the best potential from the Kawasaki ZX-10RR.

“We worked step-by-step throughout the weekend, in FP1 I was a little bit unhappy with our set-up as we were quite far away – 0.9s from the fastest lap time but we arrive in the end with three race wins. To be back in the lead of the championship, I can’t quite believe it!”

Next up for Rea is the USA and Laguna Seca, a circuit he secured both wins at in 2018 on his way to a fourth WorldSBK crown.

Championship points at the end of round eight: