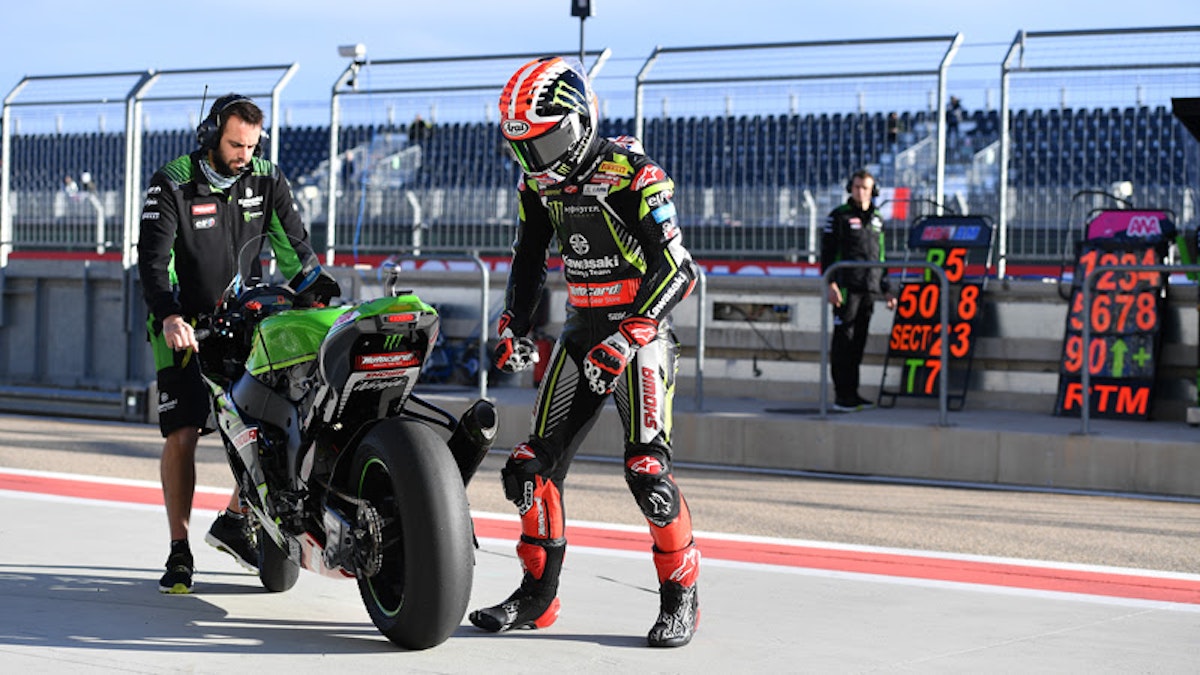 WSBK Big names, big changes: what does the Aragon test have in prospect?

Despite the season having come to an end, the 2020 MOTUL FIM Superbike World Championship beckons and the first look at new riders and new alliances will come at the Aragon test on the 13th and 14th of November. The Spanish venue will once again provide the opportunity for teams and riders to become accustomed to their new surroundings and build a solid platform to work from. With six teams – of which five have new line-ups – all in attendance, there’s plenty to look out for in the coming days.Reigning Champions Kawasaki Racing Team WorldSBK will be in action at MotorLand Aragon, with Jonathan Rea keen to start his title defence as soon as possible. The British rider secured a record-smashing fifth consecutive title in 2019 and will want to go on and achieve a sixth in 2020. However, he has a new teammate and for the first time, Alex Lowes will be seen in action in green. The 2018 WorldSBK race winner and reigning bronze-medallist is to set his sights on bedding in well with the Kawasaki ZX-10RR and gel well with the Provec Racing squad.Having clinched second place in the Riders’ and Teams’ standings for the 2019 MOTUL FIM Superbike World Championship season, the ARUBA.IT Racing – Ducati outfit are eager to go one better in 2020. The season for them starts at the MotorLand Aragon test where Chaz Davies and new teammate Scott Redding will be keen to get down to a strong pace and get the right feeling for 2020. Davies has unrivalled success at Aragon and loves the fast, flowing and dramatic nature of the circuit. For Scott Redding, it will be his first visit to the circuit in two years and his first ride out on a WorldSBK-spec Ducati Panigale V4 R, adding to the exciting spectacle.There’s a partial new look for the team who finished third overall too, as the Pata Yamaha WorldSBK Team field Michael van der Mark for the third season, whilst also recruiting Toprak Razgatlioglu for 2020 too. With both riders being tall and aggressive, there will be a common ground to work from for next year. Van der Mark will be eager to hit the ground running from the start whilst Toprak Razgatlioglu will, like Lowes and Redding, me making his debut with his new machinery. The 23-year-old is an exciting prospect in 2020 and will look to be one to watch from the off.Bedding into his new manufacturer will be Leon Camier (BARNI Racing Team), who throws his leg over the Ducati Panigale V4 R for the first time, in his bid to return to the top six. The British rider, who has nine WorldSBK podiums to his name, will get his first taste of Ducati power during the Aragon test. Understanding the bike and eradicating any teething problems will be a priority for the 33-year-old, who is with his third manufacturer in four seasons.One of the most exciting teams on paper going into 2020 is 2019 rookies GRT Yamaha, who field World Supersport runner-up Federico Caricasulo and MotoAmerica Superbike race winner, Garrett Gerloff. Both riders will be at the Aragon test on Wednesday and Thursday for their first taste of World Superbike action. Caricasulo will be eager to repeat what Sandro Cortese achieved in his first year, whilst Garrett Gerloff will to take to MotorLand Aragon for the first time, as well as get aboard the WorldSBK-spec Yamaha YZF-R1 and get used to Pirelli tyres.During the morning on Wednesday, Manuel Gonzalez and Ana Carrasco will get to have four laps each on Jonathan Rea’s championship-clinching ZX-10RR. This is a reward for delivering the Japanese manufacturer the WorldSSP300 Riders’ and Manufacturers’ Championships across the last two years.