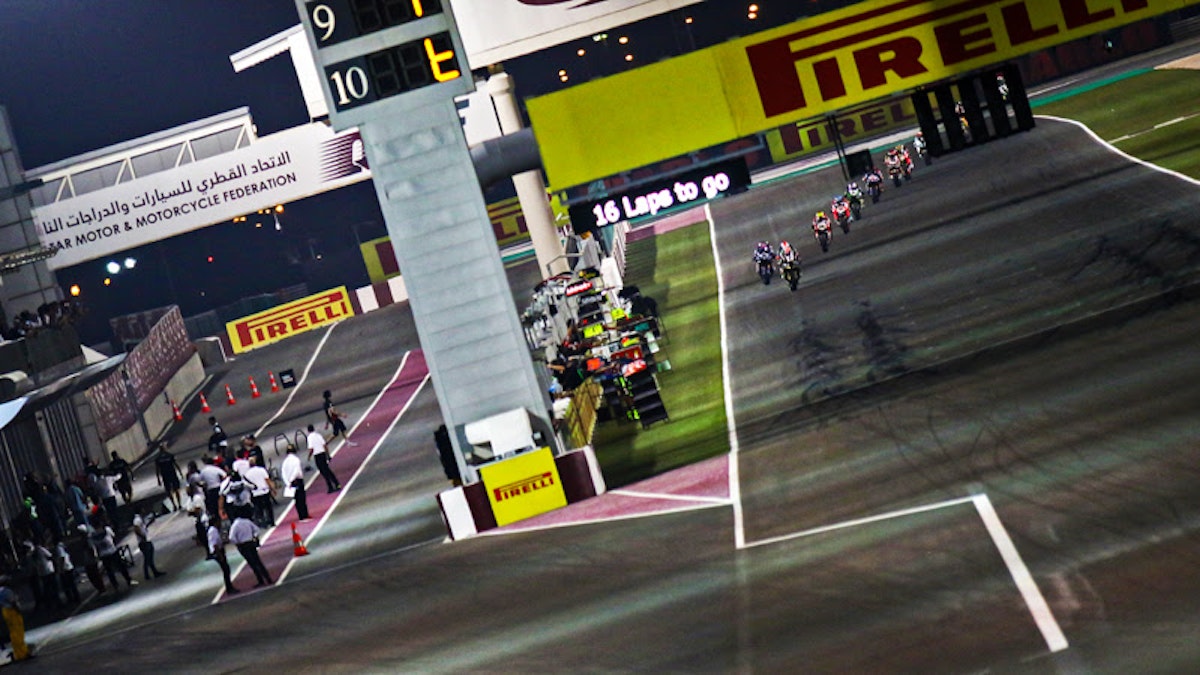 After 34 races, 12 rounds, visits ten countries across five continents, unbelievable comebacks, shattered records, very public rivalries, controversy, the occasional inclement weather, laughs, tears and, most importantly, some phenomenal racing, we have arrived at the final destination. The MOTUL FIM Superbike World Championship lands in Qatar where fireworks are sure to fly once again between the top contenders, as they have done nonstop for the past eight months.The fierce back-and-forth between Jonathan Rea (Kawasaki Racing Team WorldSBK) and Álvaro Bautista (Aruba.it Racing – Ducati) promises to continue for several years to come, but for now, this will be the final time they face off in their current colors. Bautista will serve the new HRC squad from 2020 onwards, closing a brief yet the intense chapter in red (whilst perhaps creating one of the biggest ‘what ifs’ in WorldSBK history).While pure dominance led Rea to at least three of his previous four world titles, this one has undoubtedly been marked by his consistency, even in defeat. Yet the Northern Irishman still has a chance to match his total number of victories from 2018 – albeit in 37 races rather than 25 – and trump his nemesis in the process. Rea has won 14 races, Bautista 16: the rest is self-explanatory.It remains to be seen which bike takes best to the Losail International Circuit. 5.360km-long and with a kilometer-plus start-finish straight, one would think it would suit the Borgo Panigale rocket and therefore Bautista; but Rea, let’s not forget, is undefeated here since 2017.Their respective teammates will also be looking to end the season on a high. Chaz Davies (Aruba.it Racing – Ducati) will be sat on the V4 R next year and seems to be coming to terms with the package – what better way to solidify your claim as a title contender for next year than to win the closing races? It wouldn’t be the first time the Welshman sits atop of the Losail podium; nor would it be for Leon Haslam (Kawasaki Racing Team WorldSBK), who ended his previous full-time stint in WorldSBK with a victory in Qatar. Instrumental to KRT retaining the Teams Championship, the first win in green would be a fine finale to his Kawasaki comeback.Honour is always on the line in the final showdown of the year, but for many riders, the stakes are much, much higher than that. Just six points separate three riders in the battle for bronze: current Pata Yamaha duo Alex Lowes and Michael van der Mark, and future Pata Yamaha star Toprak Razgatlioglu (Turkish Puccetti Racing). Two of them have won races this season; the other remains ahead in the standings. The two men in blue hold 15 podium finishes between them; Razgatlioglu has claimed 13 alone yet still trails them on points. It’s been a standout season for all three – but there’s only room for one of the highlight reel.Early 2019 saw the birth of several new projects in WorldSBK; Round 13, accordingly, will be the moment to evaluate where they stand one year on. For Tom Sykes (BMW Motorrad WorldSBK Team), his first year after trading the green and black leathers for white ones can only be deemed a success. A win under the floodlights would cap off this first season quite nicely.This has also been the first year of the triple-pronged Moriwaki-Althea-Honda project. A season somewhat marred by injuries and disappointing results has taken an upturn in the last couple of rounds thanks to Leon Camier, who has managed to close the gap with the leading machines. More top ten results are on the cards for the Englishman.Qatar is also synonymous with chapters closing and new doors opening; the list of those who will be moving on in the New Year includes Eugene Laverty (Team Goeleven), Sandro Cortese (GRT Yamaha WorldSBK) or Markus Reiterberger (BMW Motorrad WorldSBK Team). But for one man the story itself is coming to an end. Marco Melandri (GRT Yamaha WorldSBK) will write the final lines of his career as an active competitor at the Losail International Circuit. A World Champion and multiple race winner with a memorable personality, his presence in the paddock will be sorely missed. From Monday onwards, that is – on Friday and Saturday the diminutive Italian will be out to win, as he has done in every race for the past three decades.The final round of 2019 is upon us! Watch out for the classic, Qatar schedule change: Race 1 will take place on Friday, 25th October at 20:00 Local Time (GMT+3), with Saturday 26th hosting the Tissot Superpole Race (16:00LT) and Race 2 (20:00LT).