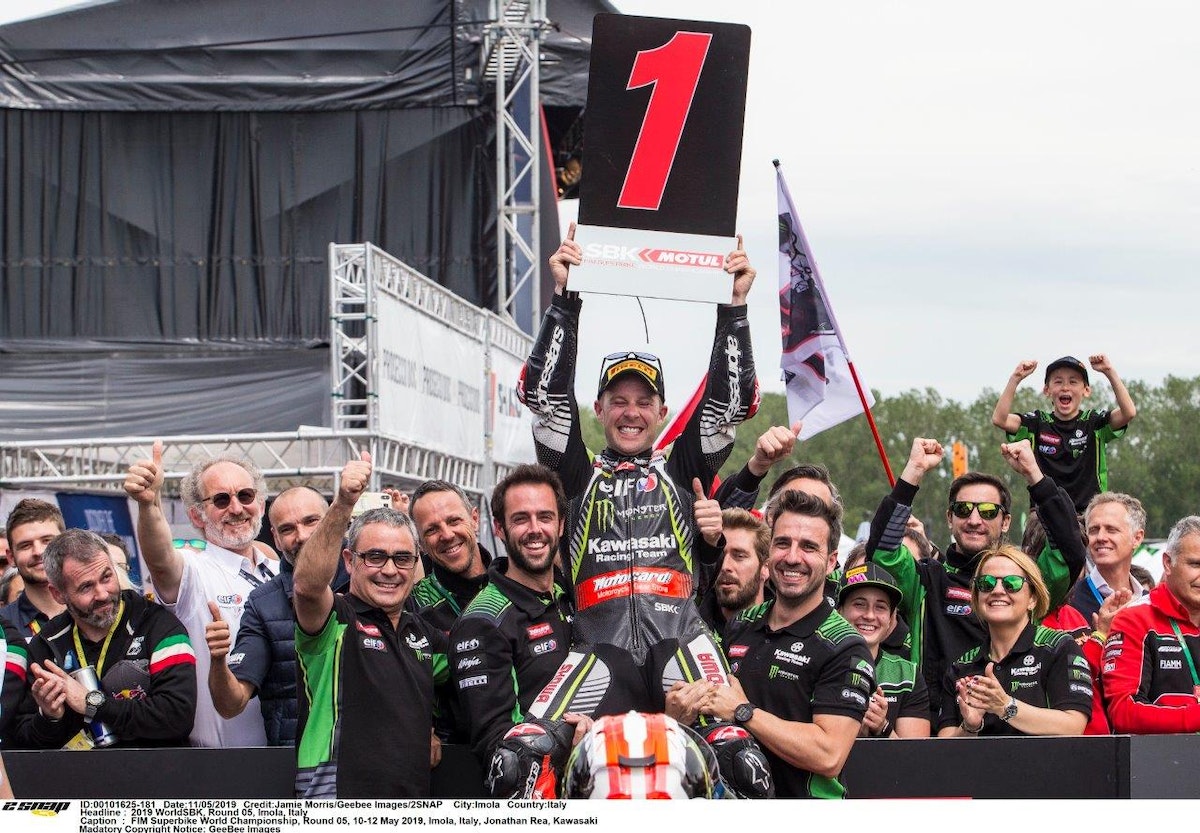 Jonathan Rea was back on top at the Imola WorldSBK meeting, the fifth round of the 2019 MOTUL FIM Superbike World Championship. The Ulsterman blitzed the opposition in race one on Saturday before taking a superb win in the Tissot Superpole Race, ahead of Chaz Davies (ARUBA.IT Racing – Ducati).  The traditional race two on Sunday was canceled due to heavy rain.

Having taken the lead at the end of the opening lap in Sunday’s sprint, thanks to a mistake from Chaz Davies, Rea never looked back and was never challenged by anyone else at the front. Having looked dominant from the start of the weekend, the results are the fruit of hard work off track for the defending four-time WorldSBK champion.

Reviewing the cancellation of Sunday’s race two, Rea said: “It was a very difficult decision to cancel the race; I am sure there are many fans here, but race direction made the decision and we all support that.”

Speaking about whether he can start thinking about the championship again, Rea denied, saying: “To be honest, no, not really right now. We know how unique a circuit Imola is, last year I was very strong here and the situation this weekend was in our favour, we started very well in FP1 and I found a good momentum. Let’s see what Jerez brings, I am definitely optimistic because I felt a little bit more confident with the bike.”

Rea reduces the gap to championship leader Alvaro Bautista to 43 points now, with the momentum firmly in the green corner.

WorldSBK Championship Point score after round five at Imola