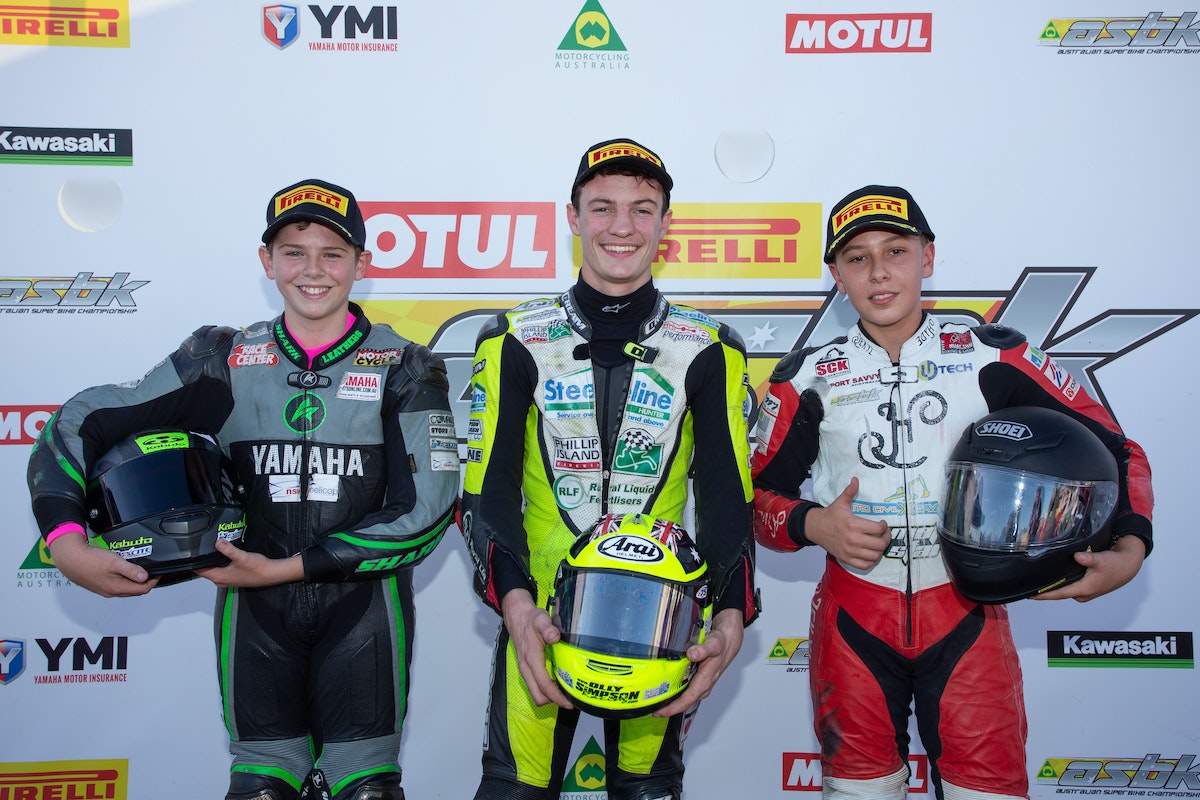 YMI Supersport 300Olly Simpson claimed the early advantage on Lap 1, with a very hungry-looking Seth Crump (RockOil, KTM RC 390) immediately behind. It didn’t take long for Simpson to build up a gap though, and it was looking like the battle would heat up behind between Crump and the pursuing Hunter Ford (Yamaha Aus, Yamaha R3 321) until there was contact between the two, causing Ford to high-side off the bike and out of the race.

By half distance Simpson had checked out, six seconds up on the chasing pack and in cruise mode out the front The battle behind included almost half the field, with Locky Taylor (Yamaha Aus, Yamaha R3 321), Zac Levy (Puma RVs, Yamaha R3 321), Brandon Demmery (Rustic Flooring, Yamaha R3 321), Max Stauffer  (YRD, Yamaha R3 321) and a whole host of others putting on a brilliant show for the fans. Harry Khouri (Excite M-sports, Yamaha R3 321) claimed overtaking maneuver of the day with a brilliant move up the inside of four-if-not-five riders into turn one on lap five to claim second place before Ben Baker (Jekyl & Hyde, Yamaha R3 321) put him back to third.

The battle for second raged right to the final laps, with an incredibly close finish seeing Harry Khouri the best of the rest behind Simpson, with Baker, Demmery, Taylor and Senna Agius (Schuberth, Kawasaki EX 400) fighting right to the line for the second spot.