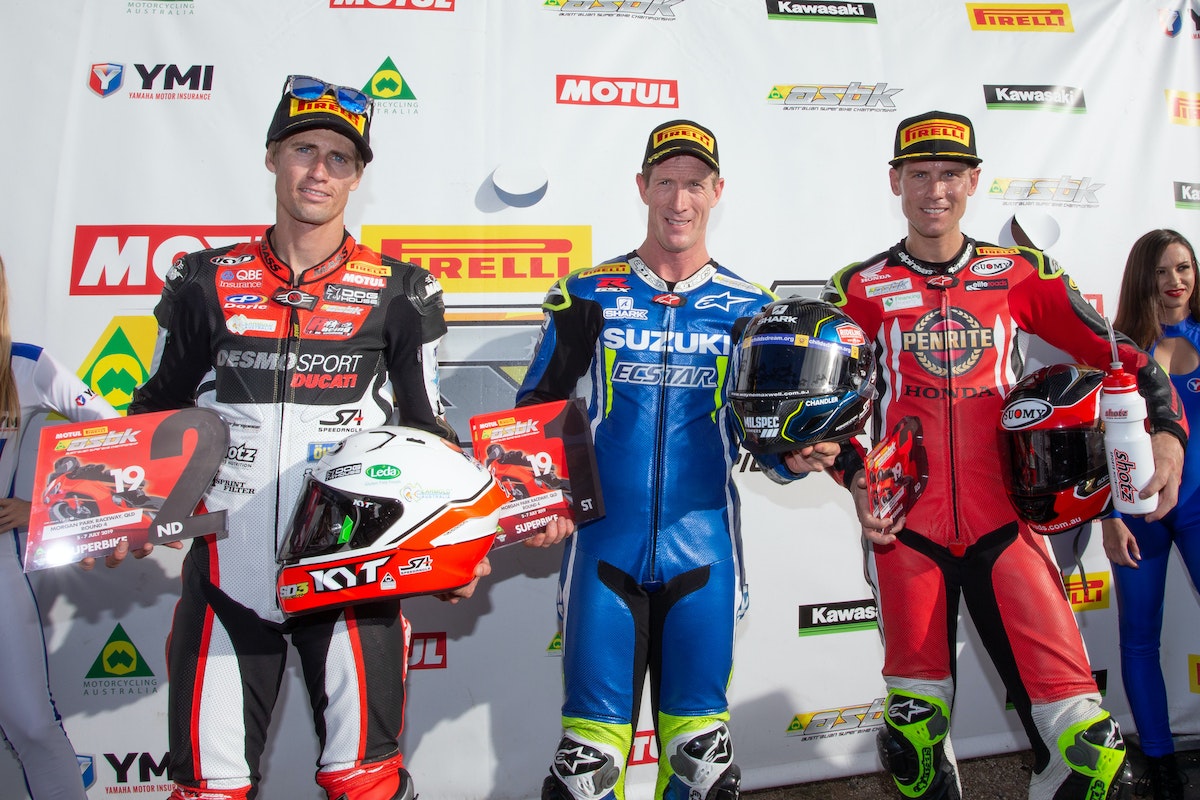 Jones once again had the holeshot for Race 2 but this time it was Daniel Falzon (Yamaha Racing Team, Yamaha YZF R1). who was in hot pursuit. But before Jones could get comfortable in the lead, he ran wide in the grass at Turn 6, and his dreams of a clean sweep at his home race were in tatters. Herfoss worked up to the lead before Maxwell decided that I might like to lead for a while, passing Herfoss at Turn 5. After 2 laps it was Maxwell, Herfoss, Falzon, Halliday, and Josh Waters (Team Suzuki ECSTAR Australia, Suzuki GSX R) the top five, with Staring a tenth further back.

Lap five and Aaron Morris’ (Maxima BMW, BMW S1000RR) race was over at Turn 2, picking his bike out of the grass. At the front, Maxwell and Herfoss were at the head of the field, having stretched out almost a second’s worth of lead from Halliday. Jones had resumed 14th, and in a stunning ride made his way up to seventh.

Halfway through and Jones was pestering Staring for fifth position, on his way back up the field after his disastrous opening lap. Staring and Jones passed Waters on lap 11 to promote themselves up the leaderboard and send Waters back to sixth.

With four laps to go a queue was forming behind Halliday in third, with Staring and Jones looking to make their way past. Whilst Staring would make it by Halliday down the main straight, it would be Jones making it past them both, completing his epic comeback performance to claim third and salvage a spot on the podium.

“Amazing, what can I say?” said Maxwell on the podium “Team Suzuki ECSTAR Australia, hats off to them, ever since the start of the year when I joined the team they’ve made me feel welcome. It’s a team effort, and I can’t thank them enough.

“My old mate Troy (Herfoss), I was thinking ‘He’s not going to let up!’, so I stopped looking at my lap board and started looking at his, and then just tried to control the race from there. 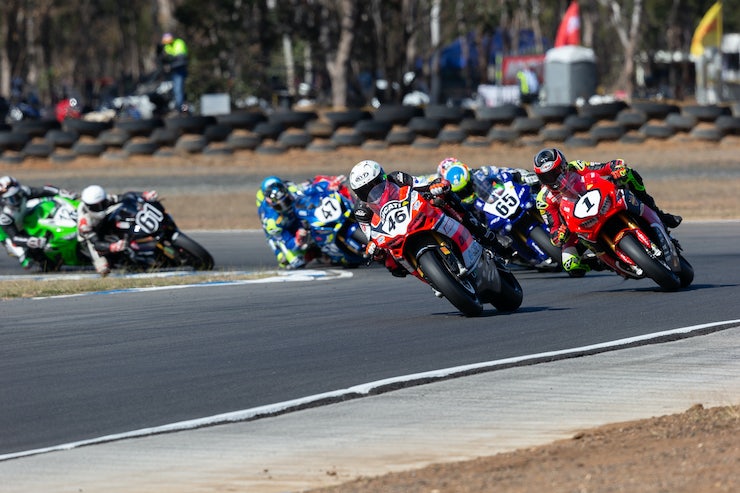