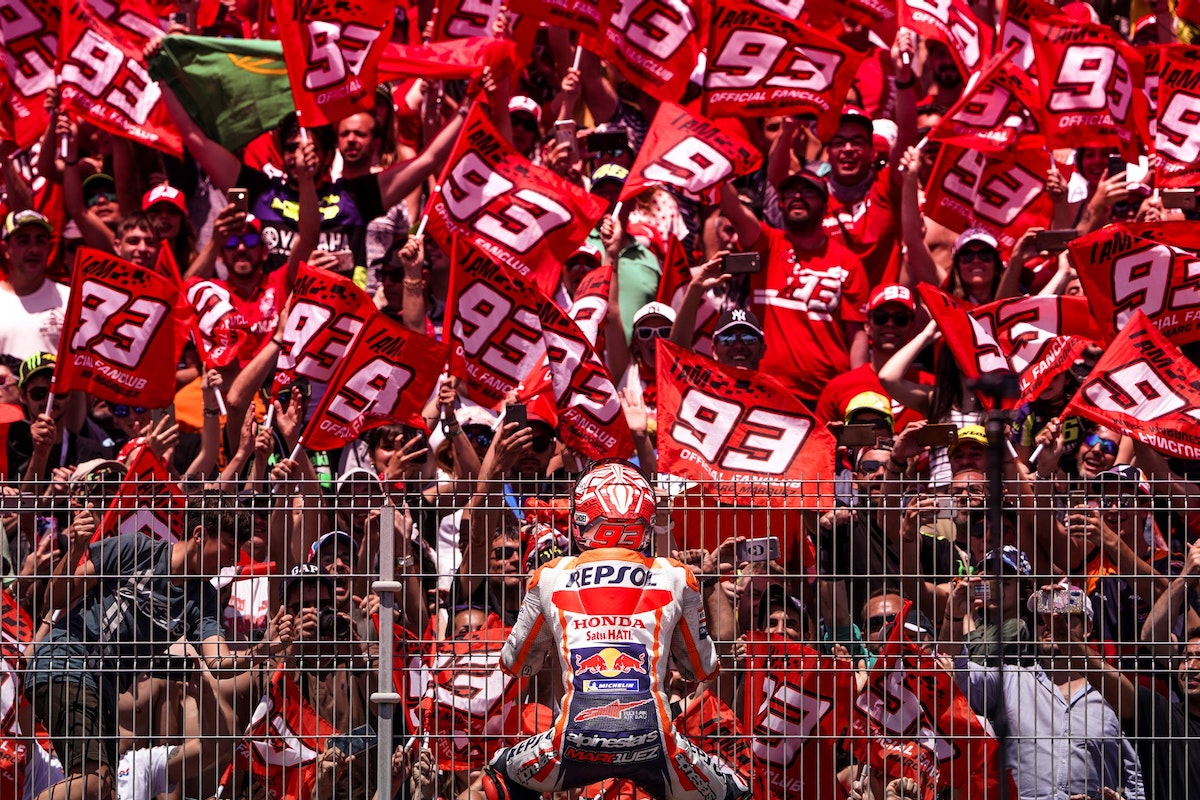 From a number of wins per year to being the youngest ever Champion with six premier class titles, Marquez just keeps re-writing record books

Marquez is also the youngest rider of all-time to reach the milestone of eight World Championships, taking the record from Mike Hailwood, who was 27 years and 112 days old when he won his eighth title, the 1967 350cc crown, at Brno.

Marquez has joined Valentino Rossi and Giacomo Agostini as one of only three riders to have taken six or more premier-class World Championships.

Marquez is one of only six riders to have taken eight or more World Championships over all classes, the others being Carlo Ubbiali (9), Mike Hailwood (9), Valentino Rossi (9), Angel Nieto (13) and Giacomo Agostini (15).

Marquez has won all his MotoGP™ titles riding Honda motorcycles and moves above Mick Doohan as the rider with the most premier class titles with the Japanese manufacturer (5).

Only one Spanish rider has won more world titles than Marquez: Angel Nieto, who won 13 World Championships (seven in the 125cc class and six in the 50cc class) between 1969 and 1984.

Marquez has won at least five GPs per season (in any class of GP racing) over the past ten years, equalling the record set by Giacomo Agostini between 1966 and 1975 in the 350cc and 500cc classes.

Considering only the premier class, Marquez has won at least five GPs per season over the past seven years, beating the record set by Valentino Rossi (2001-2006) and Giacomo Agostini (1967-1972), who each won at least five races over six consecutive seasons.

Marquez’ win at the Czech GP was the 76th of his Grand Prix career, equalling nine-time World Champion Mike Hailwood. At 26 years and 168 days old, Marquez became the second-youngest rider to reach the milestone of 76 GP wins, behind Valentino Rossi (26 years 165 days old).

At the Aragon GP, Marquez became the youngest rider to reach the milestone of 200 Grand Prix races, aged 26 years and 217 days old. 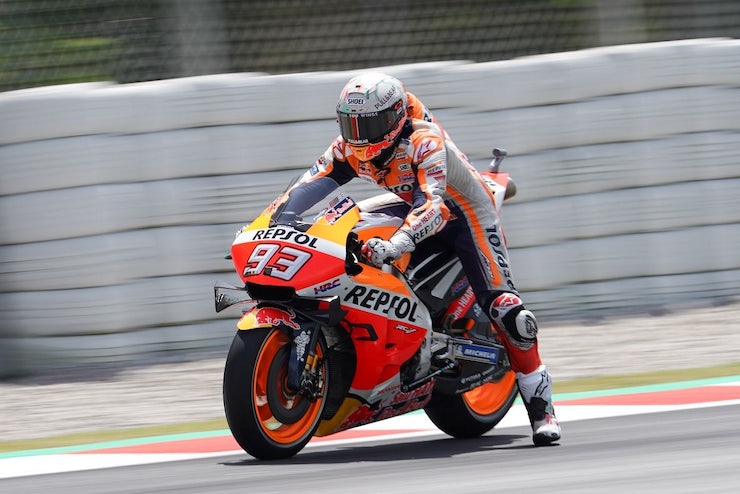 The win for Marquez at the Czech GP was his 50th since he stepped up to the premier class in 2013, making him the fourth rider to reach the milestone of 50 premier class wins along with Valentino Rossi (89 wins), Giacomo Agostini (68) and Mick Doohan (54)

At 26 years and 168 days old, he was the second-youngest rider to reach the milestone of 50 premier class wins, behind Valentino Rossi, who achieved this at the age of 26 years 165 days.

Marquez current tally of nine pole positions extends his all-time pole record (in the modern era (since 1974) when full poles are officially recorded) to an incredible 89 poles across all three classes.

This season Marquez has won more MotoGP™ races than any other rider (8). He has also scored the most podiums (13) and the most pole positions (9).